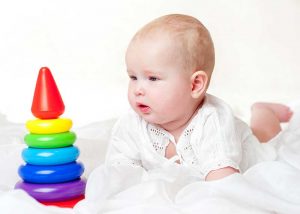 ADHD, or Attention Deficit Hyperactivity Disorder, is the leading childhood disorder of any kind in the world. According to the CDC (Center for Disease Control), in 2010, ADHD affected 1 in 10 kids and the NIMH (National Institute of Mental Health) noted that is the number one reason a child will be medicated.

The diagnosis of ADHD has increased 7000% over the last decade and the production of medications for ADHD has increased approximately 2000% over the past 20 years. (1, 2) In 2005, it was found that the average ADHD family spent $15,000 extra per year – just to maintain the problem and costs the community an extra $60-$80,000 per year per child to educate them. (3) Approximately 70% of children with ADHD also have at least one other diagnosis, including Tourette’s syndrome (4) and OCD (Obsessive Compulsive Disorder).

There are 3 different subtypes of ADHD:

Kids with Inattentive ADHD (formally called ADD) have problems concentrating and are easily distracted. They don’t pay attention to detail, make careless mistakes, and don’t follow through with instructions. They are often forgetful and do not like to tackle complicated tasks. Kids with learning disabilities are often mistakenly diagnosed with Type 1 ADHD.

Type 2 kids are the ones who can’t sit still and are bouncing all over the place and they don’t have any impulse control.

Combined ADHD kids will have aspects of both Type 1 and Type 2 and is the most common form of ADHD.

There is no standardized test to determine a diagnosis of ADHD. The above behaviors must exist for at least 6 months in at least 2 environments (ie, school and home). A diagnosis is based on a check list of symptoms in the DSM 4 (Diagnostic and Statistical Manual) of the American Psychiatric Association.

Mainstream treatment of ADHD usually involves medication directed at controlling behavior and increasing attention span. Stimulants are the most common medication prescribed for ADHD, including Ritalin and Adderall. In 2007, the FDA directed the makers of all drugs approved for the treatment of ADHD to alert patients to the possible risks of heart attack and psychiatric symptoms associated with their medicines, as there had been reports of sudden death in patients with underlying heart defects. (5,6,7)

A review reported an increased risk of 1:1000 in developing drug related psychiatric disorders, such as hearing voices, paranoia, or mania, even in patients with no prior history of psychiatric problems. Despite these medications being the mainstay of medical treatment for ADHD, they are only effective in reducing symptoms for less than 70% of kids they are prescribed for.

When you ask medical professionals if they can describe what exactly is happening in the brain of kids with ADHD, most cannot give you an answer. Functional Neurologists, such as Los Angeles chiropractor Dr. Christine Anderson, however, not only understands the neurology underlying ADHD, but also other behavioral and learning disorders and have tools to bring brain function back into balance. Once the brain is functioning at an optimal level, the symptoms of ADHD will disappear.

The basis of treatment for ADHD and other neurobehavioral disorders from a functional neurology standpoint is based on “Functional Disconnection Syndrome” or FDS. (8,9) In Functional Disconnection Syndrome, there is a disconnect in communication between the two hemispheres of the brain. (10) Dr. Anderson is able to determine where in the brain this disconnect is occurring by a detailed history and neurologic exam. In children with ADHD, the right hemisphere is usually “weaker” than the left, leaving the left hemisphere to dominate the child’s behaviors. (11, 12, 13,14, 15, 16)

A dominant left hemisphere drives children towards impulsive, compulsive and repetitive behaviors. It is also the hemisphere that is responsible for intelligence and attention to detail. The right hemisphere is what normally puts the brakes on unwanted behaviors and actions, so when it is weaker than the left, symptoms of ADHD are prevalent.

To bring the brain into balance, Los Angeles chiropractor, Dr. Christine Anderson will focus on bringing the weaker hemisphere of the brain up to the same level as the stronger hemisphere. This is done at her Kid Chiropractic Family Wellness Center location by specifically stimulating the weaker hemisphere using sensorimotor stimuli which has been determined by the exam to stimulate the deficient areas of the brain. The brain must be built from the bottom up so that it is able to exert control from the top-down.

Misaligned vertebrae, especially in the neck, cut off messages sent from the body into the brain and inhibit the development of the brain (17, 18). Gentle chiropractic adjustments correct the misalignments and turn the power back on so that normal neurologic development can proceed. Dr. Anderson also checks for proper posture; a deviation in posture is actually one of the first signs that there are brain imbalances. (19) It is the brain’s job to make sure that when we stand upright that we are balanced from side to side and front to back.

Dr. Christine Anderson, a Los Angeles based chiropractor practicing in the heart of Hollywood, has completed the 175 hour certification course in Childhood Developmental Disorders taught by the Carrick Institute of Functional Neurology and has attained the distinction of FABCCD (Fellow of the American Board of Childhood Developmental Disorders). She understands the underlying neurologic cause of ADHD and has the skills to be able to determine where the disconnection is occurring in your child’s brain.

Dr. Anderson will design a specific program for your child, which consists of specific, gentle adjustments, sensory motor exercises for your child to perform at home, as well as nutritional advice. If the exercises are performed on a daily basis consistently, results generally can be seen within 12 weeks. (7)The nervous system and brain are developing so rapidly in young children, therefore Dr. Anderson recommends your child having regular chiropractic and functional neurologic checkups from the time they are born, regardless of whether or not they have problems.

Dr. Anderson is Board Certified in Chiropractic Pediatrics and Pregnancy (DICCP) and has over 2 decades experience in adjusting newborns, toddlers and children of all ages, including her three children. Regular chiropractic checkups should be a part of every child’s health regimen so that any problems in the nervous system, brain, or posture can be detected early. When your child comes in for regular visits, Dr. Anderson can understand what is normal for them. This includes looking for red flags early on in infancy and as a toddler that might have your child labeled as ADHD later on in school. She can then give you some specific exercises to do at home which will aid in the maturation of your child’s brain, truly preventing problems such as ADHD!

It is every parent’s wish that their children have a life filled with happiness and well-being! Let Dr. Christine Anderson help your family live a fulfilled life! Call the office today at (323) 527-0928 to set appointments for your entire family!