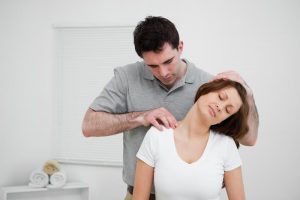 #1) Not all vaccines are not given in the way we normally contract the disease. Many vaccines are injected into the body. Naturally contracted diseases must go through a series of defense systems which promotes life-long immunity.

#2) All children, regardless of size or age get the same dosage of vaccine. Most medicines dispensed are based on weight. This is not done with vaccines.

#3) Some childhood diseases had already drastically declined BEFORE vaccines were introduced. The decline in incidence of disease can be much attributed to an increase in sanitation with indoor plumbing and the flushable toilet, as well as clean water and nutritious food.

#4) Some vaccines contain harmful substances. Chemicals, such as mercury, formaldehyde, aluminum, and thimerisol may be added to some bacterial or virus preparations.

#5) There continue to be some “outbreaks” of disease in vaccinated communities. In the 1993 pertussis (whooping cough) outbreak in Cincinnati, 80% of those under 5 years had been vaccinated. In Australia, where vaccines are not mandated, only half the population is vaccinated and the rates of disease are the same.

#6) Many other countries around the world have stopped mandatory vaccination programs after serious side effects are observed. Sweden no longer routinely gives the pertussis vaccine. One US study found that 1:875 DPT shots caused convulsions and/or shock and collapse. There are studies which show the measles vaccine can cause death and the hepatitis B vaccine can cause shock.

#7) We don’t know all the long term effects for every vaccine. Some studies postulate that there is a connection with polio, diphtheria, tetanus, measles, and smallpox vaccines and multiple sclerosis. The measles vaccine can cause Chron’s disease. Other studies have linked the MMR vaccine with arthritis and the Hepatitis B vaccine with central nervous system demyelination. Female children who do not get childhood diseases may not as prodigiously develop antibodies to pass along to their babies through breast milk, possibly increasing their children’s risk for infection.

#8) When diseases stimulate the normal immune response, lifelong immunity may result and make the immune system even stronger.

#9) Vaccines are big business. Vaccines are a multibillion dollar business shared by the government, public health department, medical doctors, pharmacies, and the insurance industries. They have a financial stake in your child getting vaccinated.

HEPATITIS B
Hepatitis B is a viral infection which is acquired when there is blood to blood contact; it can be passed from an infected mother to her baby during birth. By screening mothers for the Hepatitis B antigen, it can be determined whether or not the baby is at risk. High risk groups include: those who have sexual contact with multiple partners, intravenous drug users, and criminals. It is estimated that 33,000 – 165,000 cases of Hepatitis B occur annually, with fewer than 1% occurring in children less than 15 years old. It is currently given at birth with 2 additional booster shots. The “protective” effects of the vaccine are thought to last five years. Some studies and case reports have revealed that demylenating nervous system diseases such as multiple sclerosis; autoimmune diseases such as Guillain Barre Syndrome & thrombocytopenia purpura; arthritis, and anaphylaxis (paralysis of the respiratory system) are some of the adverse reactions to the hepatitis B vaccine.

DIPHTHERIA
Diphtheria is the “D” component of the DTP vaccine. It is caused by a bacterial infection, usually acquired via the respiratory tract or mucus membranes. Diphtheria is extremely rare in the US; in the 1980’s there were only 0-5 cases reported per year. The mortality rate had dropped 50% from 1900 to 1920, before the vaccine was introduced. The vaccine is generally given at 2, 4, 6, and 15-18 months, and 4-6 years of age, in combination with Pertussis and Tetanus.

PERTUSSIS
Pertussis, or whooping cough, is the “P” part of the DTP or DTaP toxoid. It is a bacterial childhood infectious disease, characterized by coughing fits ending with a deep inhale, which often makes a “whooping” sound. The incidence of the disease has declined from 100 cases per 100,00 population from 1930-1945 to 1.5 per 100,000 from 1984-1993 with 5 deaths per year. The acellulat pertussis vaccine(aP) is often used for the last booster shot at 4-6 years in an attempt to prevent severe reactions. Some studies have shown, however, that the rate of severe reactions did not significantly differ between the acellular and whole celll vaccine. One study showed adverse reactions to the pertussis toxoid may cause brain damage which initially presents as fever and sleepiness; often it results in seizure activity, behavioral changes, ADHD, learning disabilities, lowered IQ, mental retardation, coma, and death.

TETANUS
Tetanus is the “T” part of the DTP shot. It is caused by a bacterium which lives in manure-treated soil and the gut of farm animals; it enters the body via a deep cut, usually a puncture wound. In the past 10 years about 50 cases of Tetanus were reported per year and the majority of the people are over 50 years old! The case fatality ratio for those less than 50 years old is only 5%. The tetanus toxoid is made with human blood. After the initial vaccination schedule of DTP, booster shots are recommended every ten years. Immediate adverse reactions usually include swelling and abscess, but also rarely reported are nervous system disorders such as Guillan Barre syndrome, neuropathies, and encephalopathies, allergic reactions and death due to anaphylaxis (stopped breathing), and arthritis.

Hib
Hib stands for Haemophilus Influenzae Type B Meningitis. Haemophilus Influenza is a common childhood bacterial infection, which can cause sinus, throat, or ear infections. Type B Haemophilus, however, tends to invade deeper levels of the body and cause infections of the spinal fluid (meningitis), lungs (pneumonia), heart (pericarditis) and blood. It is NOT a form of the flu. Meningitis initially presents with flu-like symptoms in children. These may be followed by a change in alertness, stiff neck, and seizures (20-30%). Medical treatment usually consists of antibiotic therapy. The yearly incidence of Hib meningitis is estimated to be 8,000-15,000 cases, with the peak incidence at 6-7 months. It occurs more often in children who attend day care. The incidence has increased over the past 30 years and might be related to immune suppression caused by other vaccines, especially DTP and measles. The mortality rate is 3-8%. The Hib vaccine was found to be more effective when bound to a protein carrier. In 1990, the first “conjugated” form was licensed for use beginning at 2 months of age. Several conjugate vaccines have been rushed through licensure with only one or two efficacy trials. The short term effectiveness of the vaccines has varied, ranging from 35% to 96%. Hib vaccine adverse reactions include seizures, anaphylactic allergic reactions, serum sickness-like reactions (joint pain, rashes, and swelling), and death. The most common reaction has been an increased incidence of Hib infection following vaccination. The conjugate vaccines have also been rarely associated with Gullain-Barre Syndrome, transverse myelitis (a paralyzing disease of the spinal cord), and thrombocytopenia.

CHICKEN POX Chicken pox is caused by the varicella-zoster virus (VZV) and is normally a mild disease with no complications when contracted during childhood. Infection with varicella confers lifelong immunity. The chickenpox usually presents with a fever and runny nose, followed by eruptions of flat, pink areas which develop into itchy, fluid-filled vesicles. The disease usually lasts a week. Complications of chickenpox include secondary infections of the skin and neuroloic disease. Encephalitis rarely occurs and it is usually mild. Death from chicken pox complications occur in less than 50 children per year and these kids are usually immune compromised. The risk of death in healthy kids is .0014%! Adults who contract varicella have a more prolonged and serious illness with more complications. Pregnant women who contract chicken pox may have children with congenital malformations. Mothers will not be able to protect their infants with maternal antibodies. Reactions to the chickenpox vaccine are rash, herpes zoster or shingles, cancer, and neurological problems.

PNEUMOCOCCAL
Streptococcus Pneumonia is a bacteria associated with many cases of pneumonia, meningitis, and ear infections. A vaccine has recently come onto the market where the vaccine is bound to a protein carrier. It is not yet “mandated”. Efficacy studies have mostly been done on adults who are at high risk. Some studies show that the vaccine is ineffective in children under 2 years old. Other studies show that the vaccine did not prevent ear infections; it only altered the the type of microbes present. The long term effects are unknown. Side effects include swelling and pain at the injection site, fever, and allergic reactions.

MEASLES
The “M” portion of the MMR vaccine, which is given at 12 months or older. MEASLES Measles are caused by a virus that is transmitted via the respiratory system. Symptoms include cough, irritated eyes, high fever, and a rash. The disease has become progressively milder and deaths are rare. Resurgences of measles cases since the vaccine primarily occurred in children less than 15 months of age; this may be because mothers who were vaccinated as children didn’t have measles antibodies to pass on to their infants. This may have caused a shift away from measles occurring in childhood to becoming a disease of infants – and adults. Measles cases continue to occur in the vaccinated population. When vaccinated children contract measles, they may develop atypical measles. They will have an exaggerated rash, muscle weakness, peripheral swelling, and severe abdominal pain with vomiting. Vaccine reactions may rarely include encephalitis (inflammation of the brain), meningitis, subacute sclerosing panencephalitis (demyelination of the nerves causing death), seizure disorders, deafness, optic neuritis, transverse myelitis, autism, Guillan-Barre Syndrome (autoimmune problem causing progressive paraysis), thrombocytopenia purpura, and inflammatory bowel disease.

MUMPS
The middle, ”M” of the MMR vaccine. A mild disease of childhood characterized by fever, headache, ear ache, and swollen salivary glands. Complications are rare in children. The vaccine may have  caused a shift of the disease to the adult population, where the effects are more severe; adults may be more likely to suffer from infections of the testes, ovaries and other organs. Adverse reactions may rarely include meningitis, diabetes, seizures, encephalitis, and atypical mumps.

RUBELLA
The “R” of the MMR vaccine, also known as “German Measles”. A mild childhood disease with rare complications. The vaccine may not confer lifelong immunity, and therefore women vaccinated as children may become susceptible to rubella as child-bearing adults. Adverse effects of the rubella vaccine may rarely include encephalitis-type syndromes, meningitis, Guillan-Barre syndrome, and arthritis.

INFORMED CONSENT Before you give your child a vaccine, you should have knowledge of the risks they pose. This is called Informed Consent. Deciding whether to vaccinate your child will be one of the major decisions you make as a parent and it is not one to be taken lightly and certainly not blindly. It is you, the parent, your child, and the family who will have to live with the consequences should your child be injured or killed by a vaccine. Information is power; once you have ALL the information regarding vaccines, you can make an educated decision about which vaccines, if any, you want administered.

Many medical doctors are now questioning the wisdom of MANDATORY vaccination. Some states have philosophical exemptions from vaccines (California is one of them. On the back of the school vaccine form there is the waiver form!) Most states have a religious exemption and all have a medical exemption. For more information on vaccines, contact the National Vaccine Information Center at 800-909-SHOT or www.909shot.com.

WHAT CAN I DO IF I DECIDE NOT TO VACCINATE?
Mother nature has equipped us with an immune system in order to be able to combat bacteria, viruses, and other “germs”. Many of the childhood diseases actually help to strengthen the immune system – in other words, “if you don’t use it, you lose it!” A child’s immune system begins to function around 6 months of age. Before that time, immunity may be gained through breast milk. So, one of the proactive things you can do is to breastfeed your baby for at least 6 months.