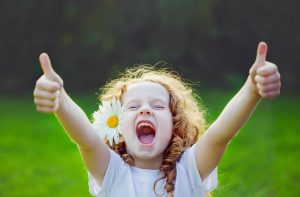 Ear infections are one of the top reasons parents bring their kids to the doctor. They account for about 30 million visits to the pediatrician and cost more than 2.2 billion dollars annually.

Most cases of OM occur between 6-36 months of age. It is at 6 months of age that a child begins to eat solid foods and spend less time sucking; sucking produces cranial motion which helps move fluid out of the middle ear. At this age, children begin to crawl and put their hands in their mouth as they teethe.

In children, the position of the eustachian tube is almost horizontal, whereas in an adult it lies vertically. The horizontal position makes it difficult for the middle ear to drain down into the throat. When the tissue lining the middle ear and/or eustachian tube swell, the opening of the Eustachian tube becomes obstructed, preventing drainage. Fluid builds up and presses on the ear drum, causing it to become red and painful.

Sometimes an upper respiratory tract infection (URI) will precede the ear infection. When this happens, lymph tissue in the tonsils, adenoids, and cervical (neck) lymph nodes back up into the middle ear, trapping a large amount of viral fluid. The fluid stagnates because it can¹t drain, allowing bacteria to proliferate and cause an acute ear infection.

Symptoms of acute OM will vary with the age of the child. Children who can¹t yet talk may pull on their ear or poke a finger into the ear canal. They may have trouble sleeping or refuse to breastfeed on one side. Older children will complain of ear pain, or a buzzing or ringing in their ears. They may tilt their head to one side. At any age, they may have a fever or changes in hearing. A purulent discharge from the ear may indicate that the drum has ruptured.

Chronic or serous otitis media may cause little pain; there may just be a feeling of fullness in the ear. Hearing problems may arise, however.

There are some factors which predispose kids to getting OM. One study showed that 81 out of 104 children with chronic OM tested positive for food allergy. 70 out of the 81 improved after removing the offending food(s).

Amniocentesis may cause a change in pressure of the amniotic fluid and affects cranial development, as well as birth injury from forceps, vacuum extraction, traction, or cesarean section. Second-hand smoke depletes vitamin C and causes an increased need for antioxidants in the child. Babies who are fed in a vertical position (ie. left in the crib with a bottle) cannot drain the eustachian tube effectively.

One study showed that ninety three percent of children with fetal alcohol syndrome experience OM. Children with cleft palate, Down¹s syndrome and those of Native American and Eskimo decent are more prone to developing OM because of the way the cranial bones develop.

The New American Medical Association Guidelines for ear infections (JAMA 1991) state that tonsillectomy, antihistamines, and corticosteroids are not recommended. Tympanostomy (tubes) are not recommended, but may be performed. Some studies have found that the ear pain usually resolves within three days whether antibiotics are used or not. With the widespread use of antibiotics, drug resistant strains of bacteria have developed and children often will have another attack of OM 2-4 weeks after treatment. Children need to fight the infection with their own immune system in order to be well again.

So, one way to help a child who has an ear infection is to boost their immune defenses. This may be done by eliminating all refined sugar and dairy products, and reduce high fat foods. Make sure they get lots of fiber in the form of fruits, vegetables, and grains. A vitamin/mineral supplement may be considered to get adequate vitamins A, C, E, and B complex ,as well as, zinc and chromium. Essential fatty acids, such as flax oil, help to enhance immunity. Golden seal is a natural antibiotic; use it with echinacea, an herbal immune system booster.

Homeopathy, while not accredited in California, may be used to encourage the body to fight the infection. Remedies are based on symptoms and are best administered by a Homepathic practitioner. A common Homeopathic remedy is Belladonna when the ear ache comes on suddenly and is hot and throbbing.

One commonly utilized homeopathic treatment used to alleviate ear pain is to warm some garlic oil, oregano oil, mullein oil, or a combination, and using a dropper, put some in the ear.

CHIROPRACTIC ADJUSTMENTS allow for proper alignment of the cranium and the vertebrae in the neck, reduce accompanying muscle spasms, allow lymph drainage, and restore the proper nerve supply needed for optimum functioning of the structures in the head and neck, including the ear canal. Subluxations, or misalignments of the spine, may reduce the healing capacity of the body. Chiropractic adjustments may allow the body to self-heal by allowing full expression of the nervous system, which controls many of the bodily functions.