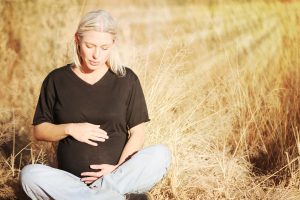 Infertility affects about 6 million people in the United States. Approximately 85% of couples conceive within 12 months of discontinuing contraception, however, 1 out of 6 of Americans are infertile. Infertility is defined as the inability to conceive or carry a pregnancy to term after 1 year of unprotected sex, or 6 months if the woman is 35 years or older.

Lack of fertilization is due to the female 35-40% of the time, males 35-40%, both 10-20%, and 10% unknown. The female “causes” of infertility include endometriosis, ovulatory factors, hormonal dysfunction, pelvic inflammatory disease, infection, and lifestlye habits. Lowered sperm count, the most common cause of male infertility (50% of cases), may be due to varicocele, hormonal imbalances, toxin exposure, and lifestyle factors. Damaged sperm ducts are another major casue of male subfertility (10-15%).

The objective of the chiropractor is to detect and remove subluxations that are interfering with the body’s functioning and healing mechanisms, not to treat infertility! The chiropractic premise is that the nervous system (brain, spinal cord, and peripheral nerves) controls and coordinates every function in the body; it assists the individual in accommodating to the ever changing environment, so that the body can adapt and self heal. Any interference to the nervous system can cause the body to function at less than 100% and have a distorted perception and adaptation response to the outside world.

IDENTIFYING STRESSORS: TRAUMA, THOUGHT, and TOXINS “Stressors”, which have the potential to manifest as subluxations, or spinal misalignments, must be eliminated or reduced when possible. Not only do stressors cause subluxation, but a subluxated spine is more vulnerable to damage when stressors are present.

If patients didn’t have emotional distress before they tried to get pregnant and carry a baby to term, then they certainly do after their attempts fail.

Toxins include: recreational drugs, alcohol, tobacco, caffeine, artificial sweeteners, food coloring, additives, preservatives, allergens, air pollution, hormone-disrupting chemicals, industrial chemicals, and radiation. Infertility rates have been on the rise in the past few decades; this may be due to the massive production of synthetic chemicals since WW II. There are now at least 100,000 synthetic chemicals on the market throughout the world with at least 51 synthetic chemicals known to disrupt the endocrine system. These include 209 compounds classified as PCBs, 75 dioxins, and 135 furans. Some mimic estrogen or interfere with testosterone; others interfere with adrenal gland and thyroid function. Thirty-five percent of the food (including baby food) in the US has detectible pesticide residue. Animal products, such as meat and dairy are the primary source (80-90%) of dioxins for humans. Plastic wraps, containers, and toys may contain hormone-disrupting chemicals which can leach into food, water, or a child’s mouth!